Do you remember when movie theater coupons were all the rage? Neither do I, but this Return of Swamp Thing 2 for 1 coupon is really cool. A while back I stumbled upon this Canadian Cineplex Odion movie theater coupon and was thrilled that it was intact. I assume that most theaters would want to cut/punch or trash them once used. Reusing this laminated coupon repeatedly would have been a blast in 1989 when the film was released. 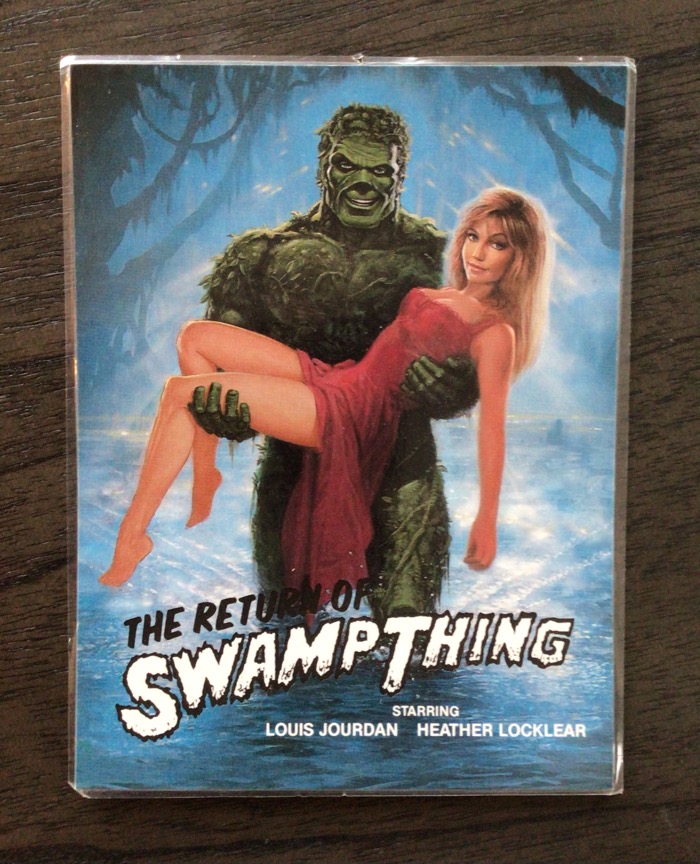 The front of the coupon features an illustration that makes Swampy look like the Jolly Green Giant. In 1989, when The Return of Swamp was released, the film was typically promoted with a photo of Dick Durock holding Heather Locklear or the above illustration. I’ve always preferred the illustration over the photo. It feels more inline with the playfulness of the film.

The back of the coupon clearly states the truth in that Swamp Thing is “…America’s favourite superhero.” The Return of Swamp Thing made its way to theaters on May 12, 1989. Cineplex Odion theaters in Canada rolled-out this coupon campaign for July 14th – August 19, 1989. I’m not sure what the red stamp, “Siege Perilous” refers to but my initial guess was that it’s one of the Cineplex Odion franchisees. The stamp is underneath the laminate. The coupon measures 4 1/2” x 6”.